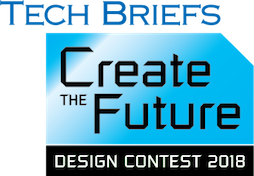 MELD™ Manufacturing Corporation’s patented MELD™ technology has been selected as the first-place winner in the Robotics/Automation/Manufacturing category of the Society of Automotive Engineers’ (SAE) Create the Future Design Contest. The contest, produced by SAE’s Tech Briefs Media Group, recognizes the year’s best in engineering across seven categories. This year’s contest saw more than 800 entries from over 60 countries.

The MELD™ technology is a no-melt process for metal that can be used for additive manufacturing, coating, repairing, and joining. The process allows users to work with previously unweldable materials and avoid the many issues that plague melt-based technologies. MELD™ is highly-scalable, meaning equipment can increase in size to make the largest parts possible. The process can also be equipped on robotic arms, opening up the possibility of onsite repairs in areas where current equipment cannot reach, including battlefields and shipyards.

The win comes in a year of successes for MELD™ Manufacturing Corporation. Just weeks after its April launch, the company received the Innovation Award for demonstrating the most groundbreaking new technology at this year’s RAPID + TCT conference. In August, MELD™ announced that its technology was a finalist in the prestigious R&D 100 Awards, the winners of which will be announced in November.

“MELD™ is revolutionary. It represents an opportunity for engineers, designers, and manufacturers to “Create the Future” of materials, product design, and fabrication processes,” said MELD Manufacturing Corporation CEO Nanci Hardwick. “We’re grateful for the recognition that SAE and the judges have given MELD™.”

MELD™ will officially accept their win at an awards dinner on November 9th at the Water Club in New York.